How does ACL injury occur?

Tears of the anterior cruciate ligament (ACL) are one of the most common injuries to the knee. In the United States of America alone, it is estimated that there are over 200,000 cases of ACL injury. 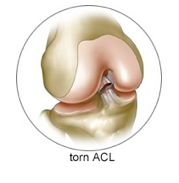 The anterior cruciate ligament is one of the four ligaments that stabilize the hinge joint of the knee. The ACL, in particular, runs diagonally in the middle of the knee. Its primary purpose is to prevent the tibia from sliding out in front of the femur. Due to its configuration, the ACL also provides rotational stability to the knee.

ACL injury occurs when an external stress causes damage to the knee beyond what the ACL can bear, causing the ligament to tear. It is estimated that around 70 percent of ACL injuries are from non-contact mechanisms; i.e., from landing awkwardly, or from falls, and other similar accidents. Direct damage from external trauma has also been known to cause ACL tears. Athletes in high-risk sports are at greater risk for ACL injury.

Why is ACL reconstruction done?

Not all cases of ACL injury are eligible for surgery. The treatment option for ACL injury is conservative, when possible. This may involve rest and rehabilitation. Surgery is considered when the tear is complete, or when the damage to the ligaments is severe.

ACL reconstruction seeks to restore patency to the damaged ligament. The development of this procedure has been of great significance to athletes: prior to advances in ACL reconstruction, tears to the ACL were considered a career-ending injury, from which there was no complete recovery.

What is the procedure for ACL reconstruction?

The term ACL reconstruction is actually a misnomer. The ACL is not “rebuilt”, since a torn ACL cannot be sewn back together to restore its patency. ACL reconstruction refers to the surgical replacement of the damaged ligament with a tendon that is either harvested from the patient’s own body, or from a cadaver.

Autografts refer to surgical grafts that are taken from the patient, while allografts are harvested from cadavers. The patellar tendon is most commonly used for autografts, although they may also be harvested from other parts, such as the hamstring tendons. Allografts, on the other hand, are taken from cadavers. These are associated with a higher risk of graft rejection.

After the procedure, the knee is typically immobilized to allow recover. The knee will have to undergo a gradual and progressive program of physical therapy and rehabilitation to restore normal function of the joint. Recovery from surgery can take up to a year after the procedure, and there is a risk of persistent postoperative pain and stiffness.

ACL reconstruction provides the definitive treatment of tears and injury to the ACL. It is considered the best option for complete tears of the ACL. The gold standard of ACL repair is reconstruction using patellar autografts. However, it should be noted that there are still risks with the procedure. Graft rejection remains a possibility, especially for allograft replacements. There can also be intraoperative damage to the surrounding tissues. ACL reconstruction is generally well tolerated, however, and most patients report favorable outcomes.