How is an ACL Surgery Performed? Info from a Los Angeles Orthopedic

An ACL injury is an injury to the ligament connecting the upper leg bone to the lower leg bone. ACL injuries commonly result in a weakening of the knee, resulting in either the knee buckling or giving out. ACL injuries can be a full or partial tear of the ligament, or a separation of the 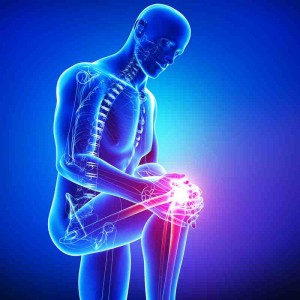 ligament from either bone.

Some of the common methods behind ACL injuries include hyperextending the knee or bending it too far to one side, normally as the result of trying to change direction with the knee too rapidly (found normally in sports-related ACL injuries).

There are two main functions of surgery for an ACL injury: reconstruction and repair. ACL reconstruction involves the use of a graft to replace a damaged ligament, normally using tissue taken from other parts of the patient’s body. This is performed for patients who have sustained enough damage to the ligament that the remaining tissue cannot be re-purposed or re-attached to the bone.

ACL repair with a knee surgeon Los Angeles trusts is performed for patients who have had one or more bone fragments break away during the tearing of the ligament. This bone fragment will be re-attached to the main bone.

A large amount of Los Angeles orthopedic surgeons perform this surgery as an arthroscopic surgery instead of open-knee. There are a number of benefits to this technique, such as an improve method of seeing the damaged ligament and a reduction in the size of incision required in order to work on the ACL. It is also possible for an arthroscopic reconstruction to be performed at the same time as arthrosc 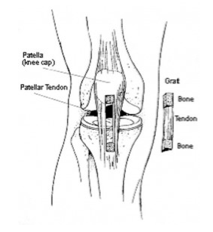 opic diagnostic testing, which examines the knee for damage. There is also less risk involved, as less of the knee will be exposed to outside influences.

Arthroscopic ACL reconstruction is performed by making a number of small incisions into the knee surrounding the ACL. These provide access to the ligament for the various components of the surgery. An arthroscope (a small lighted tube containing a camera) will be inserted into one incision, allowing the physician to examine the ligament prior to surgery. Using the arthroscope for guidance, two small holes will be drilled into the bones of the upper and lower leg to act as anchor points for the graft.

What to Expect Following Surgery

The vast majority of ACL surgeries are performed as outpatient procedures, meaning that a night in the hospital for recovery is not needed. It

is crucial that the patient keeps the surgery site clean and dry in the weeks following surgery while also watching for precursor signs of infection. The physician will discuss the bets methods of keeping the area clean as well as explain what the signs of infection are and which need to be watched out for.

Rehabilitation for an ACL surgery can take from six months to one year on average, with each person facing a unique recovery timeframe. Although many patients are able to experience partial or full function of the ACL in 4 to 6 months, the ability to return to normal levels of activity will vary from patient to patient.