An Overview of Autologous Chondrocyte Implantation

Having healthy and functioning cartilage in your knees is vital to prevent different musculoskeletal problems from occurring. When the cartilage breaks down, due to damage or medical conditions, steps may have to be taken by a Los Angeles orthopedic surgeon in order 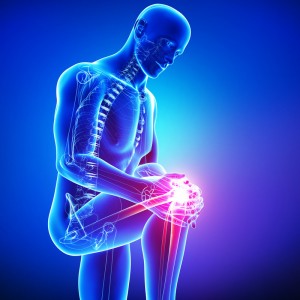 to correct the problem and prevent future damage. One new procedure is called autologous chondrocyte implantation or ACI.

Reasons for Surgery
When the cartilage in your knee has become damaged, there are a variety of procedures to help fix the area. Many of these procedures require replacement of the damaged cartilage because it is unable to heal on its own. The cartilage is responsible for providing cushion between the bones in your knees. When there is no cushion in between the bones, it causes them to rub together, which can cause issues such as arthritis.

ACI is one medical procedure that is effective for replacing cartilage in the knees in certain cases. While this type of surgery has been used occasionally on other joints, such as the ankles, the knees are the main area of operation.

There are two steps involved with an ACI surgery. The first step is a knee arthroscopy, and the Beverly Hills orthopedic surgeon uses

this to identify the area of cartilage damage. With the use of an arthroscope, the surgeon collects cells from the cartilage and sends them into a lab. Over the period of four to six weeks, the cells are grown and expected to multiply. Afterwards, the cells will then be sent back to the surgeon, who will then inspect them and determine if ACI surgery is the right choice for you.

If ACI is determined to be the correct choice for your needs, the surgeon will begin the second step, which is the implantation process. This process takes the cells that were grown in the lab and places them into the damaged cartilage in the knee. The surgeon will make an incision, which allows a full view of the damaged area, and then makes a second incision, which is located over the skin bone. Then, the surgeon will remove a piece of thick tissue called a “periosteal patch” The patch will then be attached to the damaged area by sewing it together, and once a seal has been created, the cultured cells are injected under the patch. By attaching this patch, it allows for the new cartilage cells to stay in place.

After ACI surgery, you may stay in the hospital for a day and may receive antibiotics to prevent infection. Once you are released, you’ll

be given pain medication to help you feel comfortable while you are healing. It is important that you do not put weight on the area for a specified period of time, as the new cells need time to attach to the cartilage. After this period has passed and the cells have attached, you’ll begin physical therapy to start rebuilding your muscles.