An Overview of Partial Knee Replacement

Surgery on the knee to replace a single compartment is referred to as either a unicompartmental replacement or as partial arthroplasty. The purpose of this procedure is to restore either full or partial knee function to the patient, and to decrease the amount of pain felt in the knee. 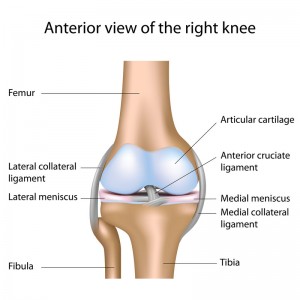 Often this procedure is undergone by those who have developed osteoarthritis in only a single compartment of the knee. The most commonly used prosthetic to replace this damaged compartment will be made of either plastic or metal.

Who are potential candidates for partial knee replacements? 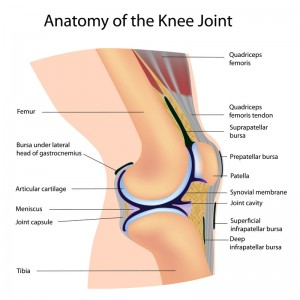 The patellofemoral compartment is the area between the knee cap and the femur.

undergo this procedure. Often this surgery is only suggested when the loss of mobility begins to affect your ability to lead a normal life, or when the day to day pain of the knee becomes too severe to reliably manage.

Typically the eligible candidates are those who have damage limited to only the singular knee compartment without having severe ligament damage. People with chronic osteoarthritis are often those most likely advised for this surgery to limit continued pain and damage.

What can a partial knee replacement do for me?

There are some distinct advantages to undergoing only a partial replacement as opposed to a full. Often there is less pain associated with recovery post-surgery, as well as having on average a quicker rehabilitation window as less of the knee needs to heal.

It is also less invasive than a full replacement as only one compartment of the knee needs to be opened to undergo the surgery.

The surgical process of a partial knee replacement

If you are eligible for the surgery you can expect the procedure to take approximately two hours, followed by a period of 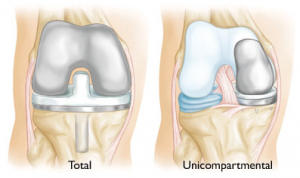 recovery and rehabilitation to become accustomed to your new knee. The Los Angeles orthopedic surgeon will begin by opening your knee to allow the compartment being worked on to be examined. Then specific instruments designed for the task are used to remove the cartilage and bony growths in preparation for placing the unicompartmental knee replacement implant.

Your tibia and femur are capped with a metal piece, followed by the placement of a plastic insert in-between them to allowed for a smooth range of movement due the non-abrasive surfaces. You will, of course, be under anesthesia for this process and will need someone at the hospital at the end of your recovery period to bring you home.

The recovery period after a partial knee replacement

Since this surgery is based on making minimal incisions to reduce invasiveness, the length of the hospital stay required is often reduced to no more than 2-3 days post-procedure.

It is suggested to use a cane or a walker to help manage balance while walking, and is strongly suggested to begin attempting to have the knee hold weight immediately following your surgery. Many patients who undergo this are able to return to their normal level of activity after a period of approximately six to twelve weeks.